If people knew what they were getting into, would they still buy in an HOA?  I was convinced that they wouldn’t, but I was wrong. Thirty years ago when I first became aware of HOAs and started to understand what we were dealing with, HOA mandates were already in place in Fairfax County and probably across the country as well.  However, there were still pockets of older neighborhoods so some choices still existed.  Now, even most of those older neighborhoods have been razed to the ground only to be replaced by some new faddish fantasy that will no doubt sound positively utopian but in practice be unworkable.

Shelly Marshall and Michael Marshall, PhD join me On The Commons.  Shelly is an HOA Warrior.  She is a prolific writer of self help books including a book on HOAs, what to look for and how to understand what you are getting into.  Dr. Marshall, Shelly’s brother, is a Psychology Professor and practitioner.  This dynamic duo have combined forces to answer the question; “Why can’t people hear us?”.  Shelly warned Mike about the risks involved in buying a condo and told him to keep looking but that didn’t stop him.  For awhile everything went well until one day when  his utopian dream came crashing down.  So why didn’t he listen?  Why don’t people learn from other people’s stories?  Mike and Shelly, along with Deborah Goonan, are working on a case study, doing some research with the intent of publishing a paper answering this question.  In an easy to understand and simple way, Mike explains the psychology behind human nature.  He and Shelly fill in with facts, stories and typical situations that take place every single day. This is a very exciting piece of research and a fascinating interview.  For all those people who believe that “HOAs are here to stay,” are you listening? 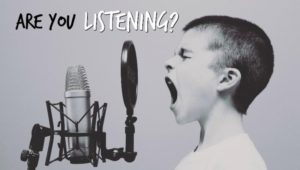