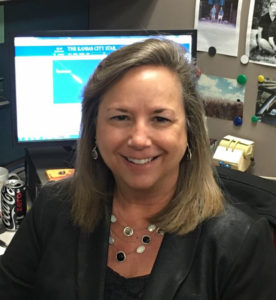 Symptoms are warning signs indicative of a problem.  These warning signs should be investigated.  Sweeping them under the rug and hoping they’ll go away is irresponsible.  Far too often that is the treatment of choice in the Homeowner association arena.  All the horror stories are symptomatic of deeper problems, and conditions that allow or even encourage the abuses to continue, unabated.  They are the results of flawed reasoning. The very people who should be concerned that their brand is defective and harmful to the owners are the very same people who flippantly dismiss every signal that all is not well.  Rather than preventing the horrors, the HOA industry blames and belittles the owners.  Their arsenal is made up of the same stupid excuses and explanations.  They  glibly refer to the hundreds and hundreds of stories as “isolated incidents”.  They have no credibility, they deserve no respect.

Judy Thomas joins us On The Commons.  Judy is an award winning journalist with the Kansas City Star who has written and published an amazing series of articles about many of the stories going on in associations across the country.  The main story, HOAs from hell: Homes associations torment residents they’re supposed to support   just touches on some of the many problems homeowners face on a daily basis.  The page also has links to other stories and video clips of some of the stories Judy ran across.  In an HOA no one is spared.  The color of window dressings is more important than a child’s safety and her life.  The color of a swing set takes on a life of its own and ends up costing the family a huge sum of money.  In one condo, an approved emotional pet was banned, causing the owner enough distress that he committed suicide.  Even a 91 year old great grandmother is not safe in one of these associations.  The elderly lady in this story is being charged $15 for every “letter” the HOA sends her notifying her that her garage door is no longer considered trim.  Aren’t Americans allowed to enjoy the fruits of their labor without being hounded and harassed by the neighborhood thugs?  These stories are real, they are not isolated incidents.  The same stories are repeated time and again all over the place.  You just can’t make these stories up.  If you have a story to share with Judy please send it to  HOA@kcstar.com 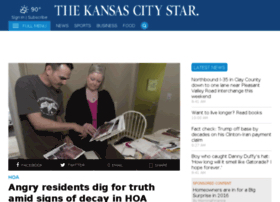 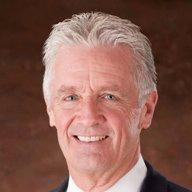 Regular listeners often hear me refer to American housing as being made of cardboard and scotch tape. It is not just housing that is no longer built to last, everything else tends to fall apart and need to be repaired or replaced much too soon and far too often. While people agree with me, the explanation I get is that it is cheaper to make junk than it is to build things that will be around, functional and in one piece for awhile.  But how cost effective is it?  Are we destined to continually play “catch up” juggling our budgets to patch and prop things up?

John Sellers joins us On The Commons.  John has a degree in aeronautical engineering and a background in finance.  When he moved to Arizona he ran into the flawed concept of residential associations.  Taking a step back and looking at the really big picture he identified some of the problems and came up with a few ideas on how to avoid building the “junk” in the first place, especially when it comes to infrastructure.  John, along with his colleagues, founded the  Yavapai Regional Capital . We’ll talk to John, get some of the details, find out how we can build infrastructure that might have a chance of lasting, how to finance it and whether there is a place for modern technology in the future of the world we live in.  This was one of the most fascinating and eye opening interviews I have had.  You won’t want to miss it. 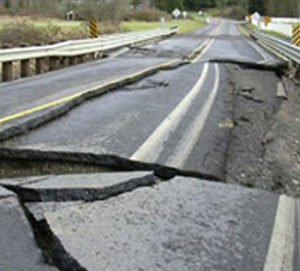 It is said that “a chain is as strong as its weakest link”.  We all know what a chain looks like, therefore it is easy to visualize and understand.  Replace the chain with something that is abstract, like a right or ownership, you know what they are and can describe what they mean but you can’t visualize them.  Then apply the concept of a weak link and imagine how it would erode the rights you have.  Except now the link isn’t a single item but rather a whole host of things merrily chipping away at your rights and property.

Tom Deweese joins us On The Commons.  Tom is the founder and president of the Virginia based American Policy Center, a speaker, a passionate advocate for property rights and an author.  Tom has written several books, his newest book, Sustainable: The War on Free Enterprise, Private Property and Individuals.  In a clear and easy to understand way, he explains how, we have lost rights and freedoms over the years. In order to put things in context I ask Tom why property rights matter   If you thought it is so you can paint your from door any color you choose, that’s the least of it.  Click on the link for a free, downloadable pamphlet, tune in to the show and hear Tom discuss some the issues, read the book and decide to do your bit to salvage what is left of your and your children’s rights. 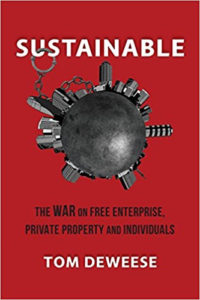 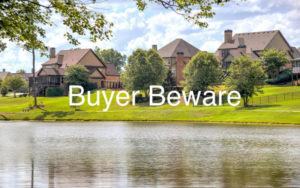 That the system is rigged in favor of the corporation in residential associations is irrefutable.  Housing consumers are required to sign a “take it or leave it” contract when they buy a house, without knowing or understanding what they are getting into.  Then, when things head south, as they are wont to do, the  homeowners  are described, by the HOA industry as horrible, irresponsible people for failing to abide by the provisions in the supposed contract that they allegedly agreed to.  Even attorneys are left scratching their heads trying to decipher  the mountain of legalese designed to strip homeowners of rights and property.

Bill Davis joins us On The Commons.  Bill, a Texas attorney is one of a handful of attorneys across the country who represents homeowners in HOAs. Unlike the “experts in HOA law” who typically represent associations and have an inherent conflict of interest when it comes to working for the owner, Bill has no ties to the industry nor does he owe allegiance to the corporations that govern these developments.  We talk to Bill about one of the most heinous powers associations have been given by misguided legislators, the power to FINE their neighbors seemingly for no other reason other than they happen to be in a bad mood.  More than one court has found fines to be an unconstitutional delegation of a police power, however the very people who benefit the most from this practice have convinced legislators that it is constitutionally permissible to “sign away your rights”.  Yes, it goes back to that contract I was talking about. Listen to some of the tools homeowners may have when it comes to fighting the abuses of the unfair practice of arbitrarily punishing a neighbor. 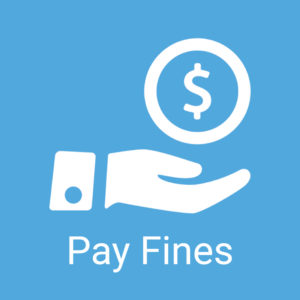 Tell Your Own Story From the HOA Trenches