“If it hurts, it must be good for you” or so the saying went for years.  Fortunately that myth was debunked when cooler heads prevailed and proved that pain was not a good thing. Along the same thinking, and with no conclusive evidence to support their claims of protecting property values, we watched as more and more restrictions, rules and covenants were added to the already long list of what homeowners could not do in their own homes.  This canard was repeated often enough so many people started to accept it as gospel. Well, it appears the pendulum may be swinging back the other way.  New legislation is prohibiting HOAs from banning such things as clotheslines, solar panels and flags.  These were the iconic red flags that were said to lead to “ghetto living”.

Vicki MacHale joins us On The Commons this week.  Vicki has 22 years experience in property management in California.  She recently wrote an article about the laws stripping HOAs of some of the powers they had.  She very accurately titled her article

“The Sky is Falling”.   She writes about the reactions from fellow colleagues and board members to the new laws as they are enacted and assures them that the sky really is not falling. Over the years, she has watched as choice in housing has been eliminated.  No longer do housing consumers get to decide how to live.  Vicki calls this the beige-ing of America. We’ll talk to Vicki and understand  what she means by the beige-ing of America and we’ll learn about some of the laws enacted in California removing powers from HOAs.   We’ll find out if the world really will come to an end or will this trend will lead to building real communities instead of war zones. 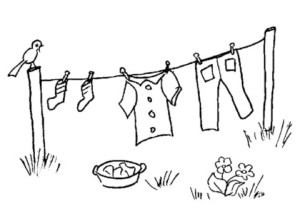 If you live in an HOA, and who doesn’t these days?, you are required to pay your share of the common costs in the association.  That is only fair.  And it is also only fair that you be told how your money is being used.  Unfortunately part of the common expenses will sometimes include some pretty hefty costs for litigation.  The association may end up in court, and the members of the association will have to cover those costs.  But none of this is news and in fact attorney fees should be budgeted for.  What appears to be more prevalent these days, is that as part of a settlement agreement, there is a confidentiality clause.  Here is how this tends to work; the HOA Board is sued, ends up settling the case and as part of the settlement they agree to pay a sum of money as long as the homeowner agrees to a gag order.  The owner is not allowed to talk about the terms of the settlement, if they do, they have to repay the money and start all over again.  I have heard of some really nasty conditions. The owner agrees thinking they’ll get that monkey off their backs and be able to get on with the rest of their lives. The problem is that the settlement doesn’t always end the dispute.  But beyond that, the association is using your dues to cover up their misdeeds and you are not allowed to know about it or any of the details.  The money you paid them to fix the roof is now buying your neighbor’s silence.

Bill Davis and John Cowherd join us On the Commons this week. They are both attorneys who represent homeowners against in litigation against their HOAs. Bill, from Texas, has been on the receiving end of the HOA litigation so understands what to os like to be in the crosshairs of an out of control board.  John, a Northern Virginia attorney, switched his practice where he worked in real estate law to representing homeowners.  John also has a blog called Words of Conveyance .  His latest post is on point for this week’s show topic.  We talk about gag orders, why they are used and whether they should be used. 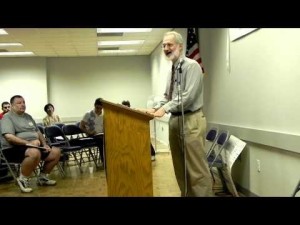 It was all so simple in the beginning. Build new houses in a residential association, give the HOA  the authority to tax the homeowners and the responsibility of providing the services normally provided by the municipal government.  The local municipality still collects the full tax but no longer provides the services.  Is it fair?  Is it right? Probably not but it was simple.

Was it then necessary to take what was once an easy to read one or two page “contract” known as the Declaration of Covenants, Conditions and Restrictions and just keep adding more covenants, more restrictions, more conditions and empowering association boards and managers to become more intrusive and more abusive?  When the world was given a mere 10 Commandments that covered everything they needed to lead a good life, why do American homeowners need a tome of do’s and don’ts on how to live in their own homes? Haven’t we gone too far?

David Kahne joins us On The Commons this week.  David, an attorney in Houston, Texas has represented homeowners in their legal battles with their homeowner associations.  He has been active in trying to get homeowner friendly legislation enacted in Texas.  He has presented in numerous homeowner sponsored conferences.  The most recent conference held in Houston was just a couple of weeks ago.  Participants discussed the issues and talked about possible fixes.  We’ll talk to David and learn about the conference, legislative successes from the last session and we’ll find out what is on the agenda for next year’s session.  One of the greatest benefits of meeting as a group is the benefit of brainstorming.  We will hear about some very interesting ideas and comments that came out of this conference.