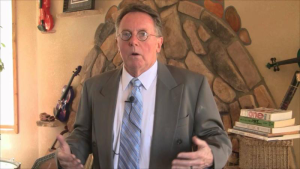 A picture is worth a thousand words, or so we have heard.  As I watch the primaries unfold for the US presidential candidates and seeing the backlash against both political parties, the picture that comes to my mind is “The Awakening”.  The Awakening is an enormous sculpture, that is now housed at the National Harbor in Maryland, of a giant waking up after a long sleep.  When you look at the candidates in both parties what is of particular interest is that the front runners are not the party favorites.  Senator Sanders has amassed millions of dollars in contributions, a handful of dollars at a time which suggests a huge base.  Donald Trump is self-funded and therefor not beholden to any of the special interests that have traditionally manipulated the direction this country has taken.  Mr. Trump is, by far, the biggest vote getter.  Both of these candidates have enormous grass roots support.  Not party support but people support.  It seems a showdown may be on the horizon.  Will this dissatisfaction with the status quo manifest itself in the homeowner  association arena?  Are Americans fed up and are they really ready to do something about it?  I say, power to the people!

Dr. Gary Solomon joins us On The Commons.  Dr. Solomon is a retired college professor who took an interest in how the stress of living in HOAs affects homeowners, the very people who are supposed to benefit from homeownership.  He has authored several papers, including HOA Syndrome, Elder Abuse in HOAs, Child Abuse by Proxy and his brilliant and creative book, HOA Crisis in America which is a must read, watch and listen to book.  He explains how HOAs are a sick concept.  Many of the board members have psychological problems, problems that affect them. They, in turn, take it out on their neighbors.  The stress of living in the cross hairs of a mentally unsound board member triggers stress related diseases.  It is a fascinating idea and a scary thought when we consider not only the ill health of many homeowners but also the cost of medical care.  Perhaps it is time for preventive medicine instead of what we have.  Dr. Solomon is willing to consult with homeowners and their attorneys in lawsuits against their HOAs.  He is also ready and willing to assist medical doctors understand how their patients who live in HOAs may be living under constant stress.  Is an Awakening headed to the homeowners in mass produced HOAs nationwide?  Will homeowners reject the special interests and start really taking control of their own lives? 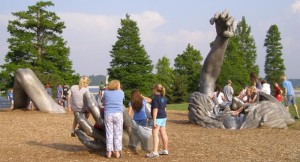 The Awakening, a statue in the DC area of a giant waking up after a long sleep.  It is now at the National Harbor in Maryland.